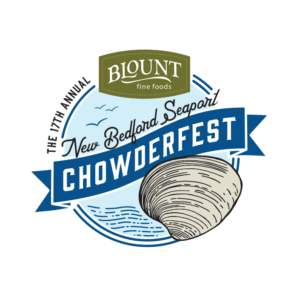 Thank you to everyone who attended the 2022 Blount Fine Foods New Bedford Seaport Chowderfest!

Congratulations to all of our participants and winners!

Stephen Coe is a nationally recognized and award-winning chef, best known for his victory against celebrity chef Bobby Flay in “Chopped: Beat Bobby Flay” on the Food Network. Whether in the kitchen or one of his many food trucks, Chef Coe is known for his culinary creativity and ability to compete at any stage against any competition. 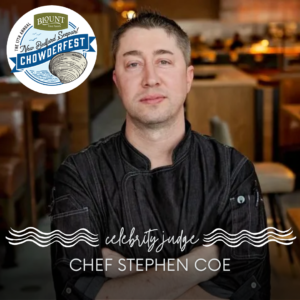 Chef Coe’s other notable accomplishments include his “Chopped: Ultimate Redemption” win in 2019, winning the Grand Prize in the Food Network’s “Tyler Florence Recipe Contest” and the American Culinary Foundation’s “Boston Junior Chef of the Year.” He also holds the titles of “World Bacon Champion,” winner of the “World Food Championships” and “Grill Master” from the popular Food Network series “Chopped Grill Masters.”

Coe is a graduate of the prestigious culinary arts program at Johnson & Wales University and completed a certificate in French food and language at Institute François des Alpes in Annecy, France. He previously served as executive chef at Mirbeau Inn & Spa at The Pinehills and BOKX 109 American Prime at Hotel Indigo and is currently the executive chef of the Marshfield Country Club.

He is a strong advocate of sustainable agriculture, sourcing his own honey and seasonal vegetation from local farms around the South Shore of Massachusetts. Chef Coe volunteers his time and talents at the Boston and Rhode Island food banks, Share Our Strength, the Matt Light Foundation, Hockey Cure for Kids, the Boston Rescue Mission and Meals on Wheels. 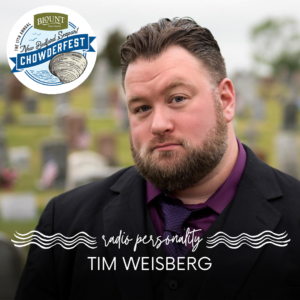 Tim Weisberg is the Assistant Brand Manager and mid-morning talk show host for WBSM. Prior to his current role, Tim was the Digital Managing Editor for WBSM and Fun 107, and before that he served as news anchor and reporter for WBSM. He has also been the host of the paranormal radio show Spooky Southcoast on WBSM since 2006. Tim also spent 20 years as a sports writer and food reviewer for The Standard-Times. 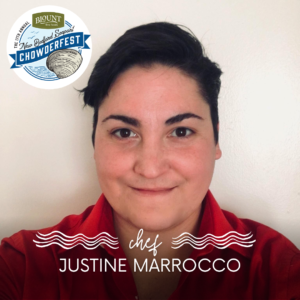 Chef Justine Marrocco from Plymouth, MA is Owner Operator of LOBSTA LOVE Food Truck, voted Best Food Truck of New England & Best of Cape Cod. Justine opened Mirbeau of Pinehills, Plymouth with her business partner, Chef Stephen Coe, and she is a private chef and consultant for Defined Palate. Embracing her Italian heritage, being in the kitchen comes naturally. She loves to meet other food enthusiasts and fire up their palettes!

Thank you to the planning committee and all of the volunteers! 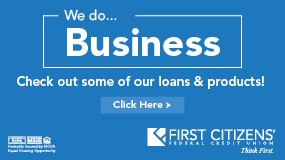 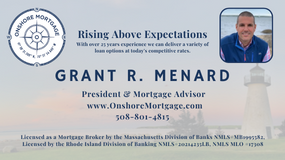 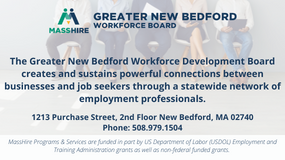